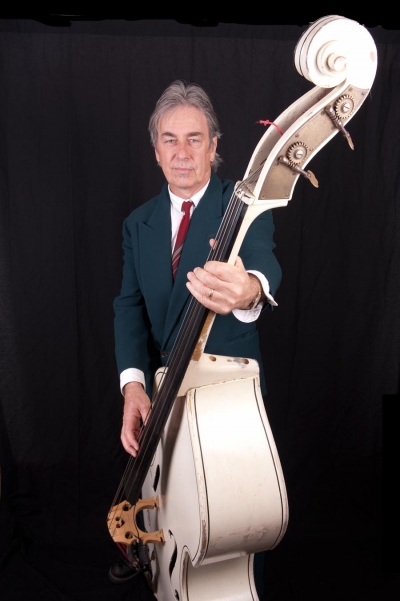 Slim Pickens is a blues and roots musician from the Byron Bay (Northern NSW) area with polished skills on the dobro guitar. . Slim is a very experienced performer with over 40 years in the music business.

In the last 15 years he has played at some of this countries top music festivals (including the Byron Bay Bluesfest alongside many world renowned artists) as well as touring in Europe with Barry Ferrier as Slim Pickens & Dr. Baz. He as released several two music albums "Cactus" and "Next Time" with Dr. Baz and several solo albums recorded at his studio Regate Records where he works as a producer for Byron Bay based musicians.

Slim plays the laconic Marshall Grant in "I Hear That Train a-Comin: The Johnny Cash Story" and keeps the rhythm pumping with his white double bass.